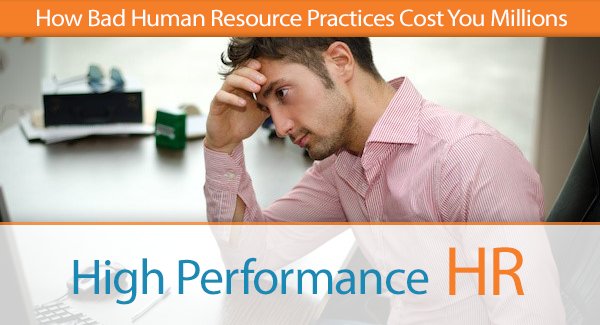 Many potential clients seek a silver bullet when it comes to the hiring process. They want to set up electronic application systems and implement pre-employment testing to objectively and efficiently screen applicants so they can hire the best candidates.

They want to optimize the process, to speed the days to hire-up. They want candidates fast. They want a paperless process and a filtering system to eliminate candidates that don’t match their requirements.

Unfortunately, not being sure of what you’re doing, and working with unwise counsel, is a minefield you do not want to find yourself in and the results could be downright explosive.

I recently did some preliminary research on Equal Employment Opportunity Commission (EEOC) cases that have headlined in the past several months, painting a damaging picture of some very prominent companies. The cases revolved around such factors as:

In actuality, many organizations, even those with the best intentions, ask questions that can inadvertently result in disparate treatment across a broad spectrum of minority candidates. Organizations also rely on invalid forms of pre-employment testing as a screening tool, ones they may not aware might disqualify minority candidates at a higher rate than non-minorities.

As a rule, the organizations that I meet with are not looking to hurt anyone or prevent any person from working at their organization as long as they’re qualified for the position in question. Most not only recognize the benefits that diversity brings to their organization but also share a worldview that embraces all cultures and all people. Regrettably, however, what’s in their heart does not matter one whit to the attorneys and the EEOC who show up to investigate claims of discrimination.

It’s easy to assume that the EEOC focuses only on large corporate organizations, high-profile global entities, as evidenced in such headlines as:

On the contrary, there are many small to mid-sized organizations that are being dragged into court as well. For example:

No organization is too small to escape the potential penalty of discrimination, whether intended or unintended. All it takes is one or more disgruntled workers or applicants.

What might surprise you is that the same risk exists for those working in the nonprofit, church, or ministry sectors—you are just as vulnerable to the consequences of poorly managed human resource practices as any profit-driven enterprise. No altruistic or religious influence will stand up in court as an adequate defense or mitigate damages against your organization. This is just a sampling:

What should you do?

Do what great organizations do, and invest in solid HR practices. A qualified HR staff is fully trained and capable of helping you navigate successfully through the practices that can prevent costly litigation and eliminate those practices that might be unintentionally discriminatory.

You need a comprehensive human resources connection that your HR staff can source for this kind of guidance. We’re the map to get you through this minefield.

Want to read more about the cases cited in this article? Find more information and source articles here.

Mark A. Griffin is founder and Chief Consultant at In His Name HR LLC. He has over 20 years of HR experience.  In His Name HR helps organizations build high-performance Human Resource programs. Visit them at In HIS Name HR or  Send Email

No organization, no matter how well run, is immune to employee workplace complaints. Whether you employ fewer than 50 employees or manage thousands, some form of complaint will inevitably be filed against your organization or one or more of its members. In our wide experience, which spans for-profit and nonprofit organizations, including colleges, universities, churches and ministries, we have witnessed complaints filed in a variety of areas, including:

With the potential liability being so high, and the risk of negative publicity, the benefits of using an independent investigator are not to be dismissed: External independent investigators demonstrate and support an organization’s integrity and desire for objectivity, protect the confidentiality of its operations that an internal conflict of interest could otherwise jeopardize, and insulate the employer from claims of retribution toward whistleblowers.

When an organization outsources an investigation to an independent, external specialist, it demonstrates to its employees that it is intent on doing the right thing: to permit the impartial examination of the events in question, irrespective of the outcome. In contrast, when an investigation is performed internally, such as by a manager employed by the company, it’s understandable that the employee might fear their complaint could cast a shadow over their future at the company, whether consciously or unconsciously, particularly if they have any dealings with that manager. There’s no shortage these days of bad publicity when an organization appears to dismiss or bury a complaint or retaliate against the complainant, whether it’s in public or private companies or within our government.

If you’re thinking that you can safely delegate workplace complaints and violations to in-house counsel, we urge you to think again. Should the complainant feel their complaint was not handled impartially or that they’ve been subject to harassment or retribution attempts, you might well find your organization facing a lawsuit. Should it go to trial, the prosecuting attorney will look for any signs of conflict of interest and/or lack of impartiality that suggests the internal investigation was flawed. And you might find your in-house counsel on the stand, testifying to conversations and dealings you assumed would be protected by attorney-client privilege but were forced to waive. An independent investigator, on the other hand, can only testify to what their investigation of the pertinent circumstances revealed.

in our experience, most human resources managers and other authority figures do not treat employees differently when concerns are aired about the organization, or even about individual managers. Still, it’s understandable that such an employee might have concerns or fears that raising an issue might negatively impact their career path or even result in retribution. For example, a complainant who has been passed over for promotion months after they filed a complaint might see things differently.

When you use an outside investigator, however, those concerns are allayed. A third-party investigator can conduct a full, independent investigation while the organization and employees carry on the business at hand without employees fearing future effects.

Is this a cause for concern? It should be. We work in difficult times, under increased scrutiny. Complaints are on the rise—sometimes daily. HR departments are overburdened. With the news escalating in the media surrounding harassment, discrimination, and hostile work environments, employee complaints have now reached record levels.

Let us allay your concerns. Reach out to us to discuss having a trusted partner to guide you and your team in the event a complaint arises.

Contact us today. You—and your employees—will be glad you did.

In His Name HR helps organizations build high-performance human resource programs. Visit them at In HIS Name HR or e-mail them here.

Mark A. Griffin is the founder and chief consultant of In His Name HR LLC. Connect with him on LinkedIn and Twitter.